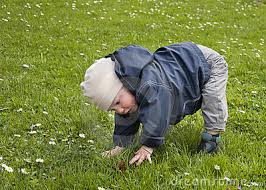 Working in the Faculty of Engineering, most of our new students have had very little exposure to failure and potentially no exposure, whatsoever, to academic failure. While at first this may seem to be a good thing, the reality is that failure is one of the most valuable experiences we can have in life.

If you think about it, how did you learn to walk, skate, swim, ride a bike, hit a ball? Likely by failing first, and failing many times and only then figuring out how to succeed. When I think about the things that I have learned in my life, just about all of them, and certainly the lessons that stick with me the most, are the ones that came through failure: better ways to approach conflict, how to listen with empathy, how to forgive, accept a complement, be gracious, cook a good meal, follow through on a task, create something new or innovative, challenge a concept or opinion effectively, develop healthy eating and sleeping habits. While, for the most part, I am good at these things now, I certainly was not at one point.

There have been many moments where I have been ashamed, embarrassed, felt terrible for what I had done, known that I could do better, desperately wanted to change, improve, get better, succeed. . .

So rather than taking those moments and converting them into self-ridicule, blame and low self-esteem, the key has been to figure out how to fail successfully. How do I harness the emotion that has come out of those failures into something that results in motivation, resilience and the ability to pick myself up and keep going? The ability to do this is what makes failing so powerful. If we can transform a failure into an impactful lesson on what not to do, we get significantly closer to success.

Does this mean that I am telling our students to get out there and fail? YES, that is exactly what I am saying, as nothing great has been accomplished without failure. If you have not failed, then you have likely not pushed yourself hard enough, have not taken on a challenge, have not been creative, innovative and confident enough. If you think about the people that have contributed most to our world, those that likely you admire and look up to, they are not the people that have never made a mistake, they are the ones that have failed the most, but kept going.

There are many famous quotes about failure, but the one that I think resonates the most for me when I think about our students is one from Maya Angelou: “You may encounter many defeats, but you must not be defeated. In fact, it may be necessary to encounter the defeats, so you can know who you are, what you can rise from, how you can still come out of it.”  I frequently say to students that they are not only in university to learn about the properties of materials, statics, discrete math, and programming; they are here to learn how to become the functional, happy, and successful adult versions of themselves. To do that, they will need to encounter their limits, brush themselves off, learn to re-calibrate and keep going.

So when you get that first failing grade, fumble in a presentation, fight with your roommate over unwashed dishes, do something you regret when out with your friends, disappoint your parents, yourself, and others . . . don’t fret for too long. Recognize that failure presents you with a phenomenal opportunity for growth and development that simple success never provides. For out of great risk, and abundant mistakes, come the best opportunities for innovation and excellence. The reality is that so longs as you keep trying, you have not failed, you just haven’t succeed YET. As Thomas Edison, put it so well, “I have not failed. I’ve just found 10,000 ways that won’t work.”

Clare Tattersall is the Manager of Undergraduate Services for the Faculty of Engineering at The University of Western Ontario. View more posts