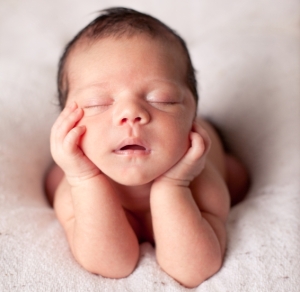 I asked my 4 year old son what he wants to do when he grows up and he said “sleep in hotels and go down water slides.”

The first question I ask students when they come into my office is “If you could get paid to do anything you want, what would you do?”  Shockingly I find that often the answer to this question seems to have very little to do with their so-called ‘real’ career goals.  When did they stop dreaming?  Perhaps they have been brought back to ‘reality’ by a parent or counsellor or friend who, out of a sincere desire to ensure their ‘success’, has encouraged them to focus on getting a secure job with a big company rather than actually pursue their passions, strengths, motivations, and preferences.

No matter what the state of the economy, however, there are people who get paid to do what they love: hockey players, sports announcers, sommelier’s,  marketing executives, lawyers, counsellors, teachers, doctors, authors, chefs, computer programmers . . .Unfortunately, on the flip side there is the majority of the population who spend 94,000+ hours of their life doing something they dislike.  In fact, according to Forbes magazine 71% of employees are disengaged from their work. What a horribly depressing thought.  No wonder there is so much road rage and so many grumpy people at the grocery store, bank, Tim Horton’s, Dollarama, movie theatre, dog park, shopping mall, Boston Pizza, walking down the street, . . .   we are subjecting ourselves to lives of misery on a massive scale.

So how did those other individuals end up getting paid to do something they love?  If you look at what it was that got them that job you will find that it was not just luck, but a combination of dreams, determination and serendipity.  If we remove any one of these elements from the equation, we are certainly going to be one of the 71%.

Instead, let’s allow ourselves to dream for a moment about a future where we are not slaves to a weak economy, but instead optimistic and excited about our future.   Take some time and watch Professor Randy Pausch’s Last Lecture.  Professor Pausch, who was dying of pancreatic cancer, gave his last lecture at the Carnegie Mellon University on Sept. 18, 2007. His talk, “Really Achieving Your Childhood Dreams,” highlights his lessons learned and provides advice for students on how to achieve their own career and personal goals.

I am not suggesting that my son will actually become a hotel and water-park consultant when he grows up but, if he is determined, I would certainly support him.  However, I am saying that we need to pay more attention to our dreams if we want to end up leading a healthy, happy and balanced life.  If you are going to spend thousands upon thousands of hours doing something, why not at least try to make it something that you love?

Clare Tattersall is the Manager of Undergraduate Services for the Faculty of Engineering at The University of Western Ontario. View more posts